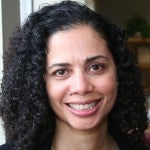 Joanne Krusz , CPA, hails from Punta Gorda, Florida . She  is  tax manager at McSwain and Company, and brings a solid wealth of knowledge and experience to Morningside working on behalf of non-profit corporations in accounting and  tax return preparation.  She currently is working toward her masters degree in taxation from Golden State University. Aaron Steele is owner and principal of Steele Capital Management.  Aaron brings a wealth of experience in the financial field. Prior to establishing his own consulting firm, Aaron worked at First Citizens Bank and Venture Bank.  Aaron is very knowledgeable about Morningside and its finances as he was Morningside’s business banker for many years. Lucas Doelman, Board Member and Participant

Lucas Doelman works for the Washington State Department of Social and Health Services in the Office of Deaf and Hard of Hearing.  Lucas is a former transition student  who we assisted in finding employment, and an important stakeholder in the work we do.  Lucas is very active in the community, volunteering for a number of organizations including the City of Olympia Police Department.  Lucas is also involved in advocacy work on behalf of individuals with disabilities and has been called upon to present his story at a number of venues, including the Washington State Legislature.  Lucas belongs to the Olympia Area Toastmasters. 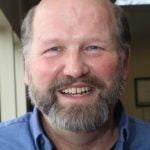 Jim Sedore retired from the Department of Natural Resources following 33 years of service.  Most recently Jim was the New Venture and Strategy Director for JCS International in Ulaanbaatar, Mongolia for 5 years.  Jim brings a wealth of planning, safety and risk management to Morningside.  Jim has a brother with a developmental disability who lives in the tri-cities area. 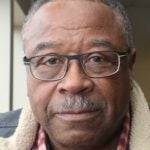 Dr. Thomas L. (Les) Purce served as president of The Evergreen State College from July 1, 2000 until September 30, 2015. Prior to that, he served as Vice President of Extended University Affairs and Dean of Extended Academic Programs at Washington State University in Pullman, Washington.  Les also was the director of Idaho’s Department of Health and Welfare.  Les is also a parent of a client of Morningside.  He is very knowledgeable about state health and welfare systems.  Les was a strong proponent of Project SEARCH and understands the value of diversity in our community. 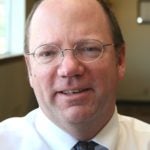 Michael’s career has spanned over 25 years in economic development.

Eric Phillips is the Development Director at Intercity Transit.  Eric has over 30 years of community and economic development, public service, and transportation skills that he brings to the board.  He has served previously as a city manager and brings a wealth of public transportation knowledge.  Eric has a family member with a disability and is passionate about our mission and employment opportunities for our clients.

Jason Robertson is the owner of JRO + CO ( J Robertson and Company), which is a full-service strategic planning and public communications firm based in Olympia, Washington. They work with public, non-profit and private-sector clients focuses on building vibrant communities and shaping sustainable organizations. They design and deliver high-profile community and economic development programs, public engagement initiatives and complex feasibility studies.  Jason served previously on the board and is back again for another term.  He is a strong advocate for Morningside in the community and abroad.